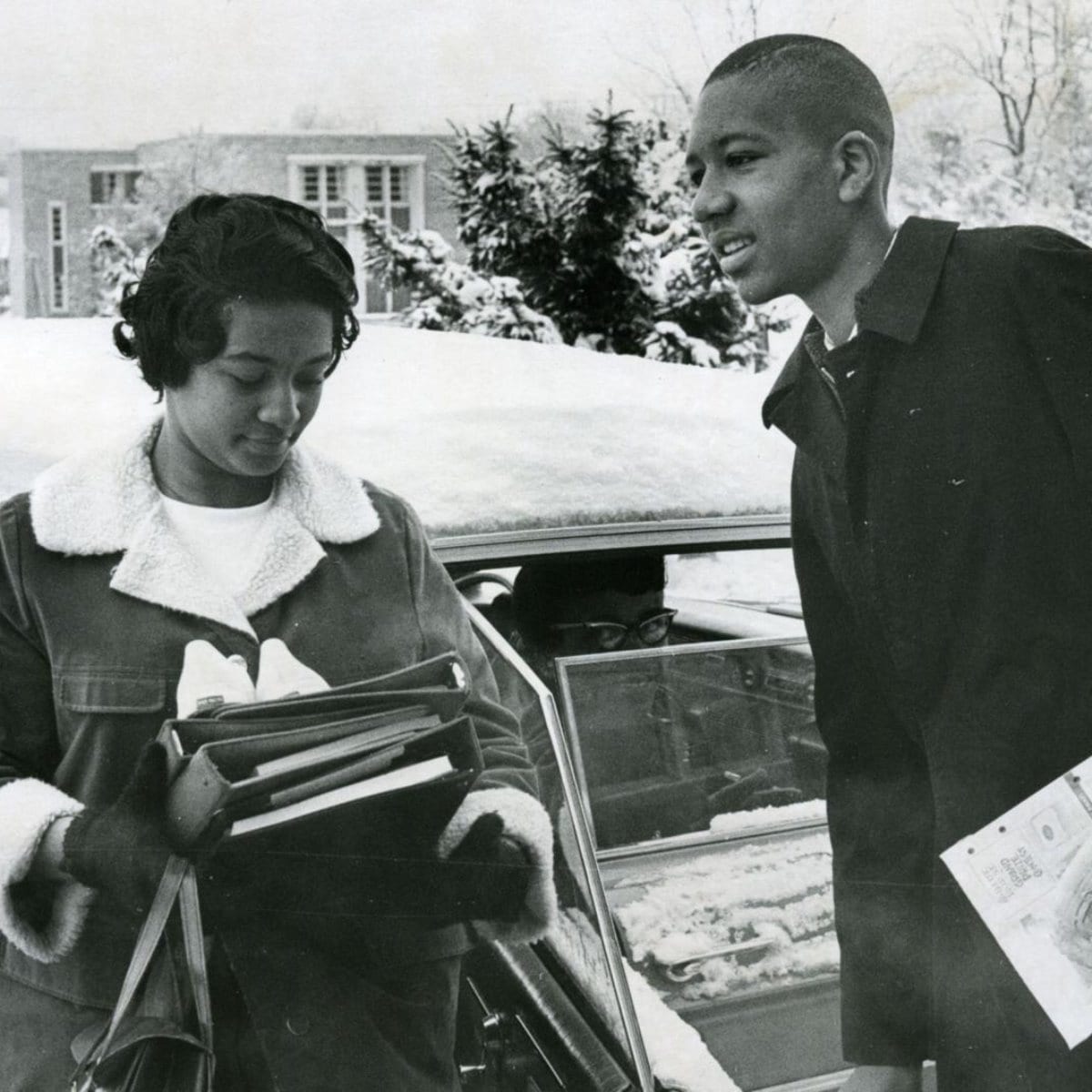 On Jan. 29, 1962, Cardwell, now a professor at the University of Lynchburg, and Lynda Woodruff became the first black students to attend Glass. At that time, Glass had been an all-white school, and black students had attended Dunbar High School. It had snowed all day long the day before that historic Monday, Cardwell recalled, but school had not been canceled.

That day, Cardwell said, the doors of Glass that had been closed to black students were opened, but only a crack.

“Don’t think for a moment, however, that the crack was easy to enter,” Cardwell said. “Nor that those who guarded the door made the passage smooth.”

He was suspended from Glass during his senior year for leading a student walkout. Cardwell was one of four black students in his graduating class of about 650. Cardwell said school segregation and inferior educational opportunities harmed black students even decades after the landmark 1954 Brown vs. Board of Education case was decided by the U.S. Supreme Court.